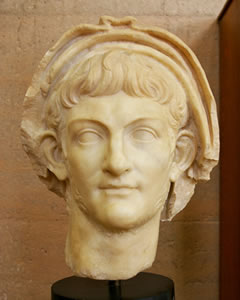 Aurelius Valerius Valens originally went by the title “Dux Limitis” meaning a person of authority over a particular region. Knowing that the truce between Constantine and Licinius would not last after the civil was of 314, Licinius appointed Valens as co-emperor as a message to Constantine that he had lost patience with him as co-emperor.

After a second battle in which Licinius was defeated, Constantine forced Licinius to execute Valens to protect any future uprising.

During the second civil war Licinius once again chose another co-emperor for similar reasons and appointed Martinianus.